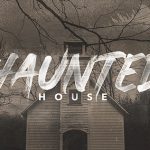 5-year old Johnny was in the kitchen as his mother made supper. She asked him to go into the pantry and get her a can of tomato soup, but he didn’t want to go in alone. “It’s dark in there and I’m scared.” She asked again, and he persisted. Finally, she said, “It’s OK–Jesus will be in there with you.” Johnny walked hesitantly to the door and slowly opened it. He peeked inside, saw it was dark, and started to leave when all at once an idea came, and he said: “Jesus, if you’re in there, would you hand me that can of tomato soup?”

I remember when I was younger, I would be so afraid that I would turn on every light on upstairs before I would go to sleep. Mom had those creepy porcelain dolls and after Chuckie they became even more creepy. I would put the blanket over my head and think of happy thoughts just to go to bed. I also remember going to the haunted house at Kings island, I would go inside and get half way through and run out scared every time. It’s funny looking back at the things that scared me, but also the things it prevented me from doing. I was afraid I would fall, so I didn’t ride the scary rides, I was afraid of the dark so I didn’t get a late-night snack, I was scared so I didn’t go outside when it got dark. Even now fear can cause me to be a shell of who I am or want to be. Maybe its not the porcelain dolls or the darkness as it was when I was a child, though I will admit I do not have those dolls in my house because they creep me out. But other fears can still consume me if I let them. For example, if I’m afraid for my kids at school to get hurt, I won’t let them get on spinny wheel of death. Perhaps that is wisdom but sometimes it is not. Sometimes my fear of rejection prevents me from reaching out to others, my fear of what people think prevents me from saying what is on my heart, the fear of doing a bad job prevents me from trying.

Which Is why I felt during the month of all things that is spooky that we would talk about the scariest thing of all. A church that has become a haunted house. Not a haunted house like what we see on the movies, but a church that is stuck because the fear of what if. When we live in fear, we can become a church that is like a haunted house. We become stuck inside with the shutters drawn, haunted by fear that jumps out at any corner. Fear makes the church an inward-focused house rather than an outward-focused sanctuary. We can become dim, dark, and closed off, the opposite of what the church should be

So let’s start with reading what God has called from us as the body of Christ ( The church) in  John 3:16–21

16 For God so loved the world that he gave his one and only Son, that whoever believes in him shall not perish but have eternal life. 17 For God did not send his Son into the world to condemn the world, but to save the world through him. 18 Whoever believes in him is not condemned, but whoever does not believe stands condemned already because they have not believed in the name of God’s one and only Son. 19 This is the verdict: Light has come into the world, but people loved darkness instead of light because their deeds were evil. 20 Everyone who does evil hates the light, and will not come into the light for fear that their deeds will be exposed. 21 But whoever lives by the truth comes into the light, so that it may be seen plainly that what they have done has been done in the sight of God.

Jesus describes God’s purpose in sending his Son to die for the world (v. 16), contrasting an agenda to condemn with an agenda to rescue (v. 17–18). Using images of light and dark, Jesus explains that fear and darkness, the results of sin, are exactly the things from which he came to deliver us (19–21).

When he was told of his fate, Chrysostom responded: “What can I fear? Will it be death? But you know that Christ is my life, and that I shall gain by death. Will it be exile? But the earth and all its fullness is the Lord’s. Will it be the loss of wealth? But we brought nothing into the world, and can carry nothing out. Thus all the terrors of the world are contemptible in my eyes, and I smile at all its good things. Poverty I do not fear. Riches I do not sigh for. Death I do not shrink from.”

Far too many today is more worried about what people think than about what God thinks. The desire not to offend others (which is not a bad thing in itself) is often elevated to be the most important thing (which is a very bad thing). As a result, many shrink from speaking the truth.

As the Body of Christ, that shouldn’t be the case, we should be bold and courageous as Jesus came to defeat sin and di so. But, the fear that we are in danger of falling into as the body of Christ is found in verse 19 and 21 keep sticking out to me.

This is the verdict: Light has come into the world, but people loved darkness instead of light because their deeds were evil. 20 Everyone who does evil hates the light, and will not come into the light for fear that their deeds will be exposed. 21 But whoever lives by the truth comes into the light, so that it may be seen plainly that what they have done has been done in the sight of God.

When we are afraid of reaching out to a dark world, our spiritual activities like church attendance and Bible studies remain all about us—our personal growth, our knowledge, our holiness. But self-centered holiness isn’t holiness at all. It’s a deceptive fraud. This is what is spirit killers. Have you ever been in worship service, where the spirit was moving, but because of act of selfishness by either the speaker, or musician, or deacon quenched the spirit right out of the service? I have, because self-seeking Is not holiness.

Think of this way. If you have ever had an ingrown toenail, it affects the way you move and how mobile you are. You can’t see it, but it hurts like crazy and it could be easily avoided had you not ignored the discomfort. In the same way, when we as the body of Christ avoid our discomfort and give way to fear, when we concern ourselves with only ourselves, we turn inward to our own destruction. We start to become like ingrown toenail.

It goes right back to our scripture John 3. We can overcome the ineffectiveness of fear when we set our hearts on God’s purposes and unfailing love. For that is exactly what Jesus came to do, to give us a choice of living in the light of Christ. But that’s exactly what it is, a choice. If you want to be bonded by sin, then you have the choice to allow that to consume you. But if you want to be set free, that is why God sent his son to the world, to free you from fear and sin.

A mother and her little four-year-old daughter were preparing to retire for the night. The child was afraid of the dark, and the mother, alone with the child, felt fearful also. When the light was out, the child caught a glimpse of the moon outside the window. “Mother,” she asked, “is the moon God’s light?” “Yes,” said the mother. “God’s light is always shining.” The next question was, “Will God blow out His light and go to sleep?” And the mother replied, “No, my child. God never goes to sleep.” Then out of a simplicity of a child’s faith she said that which gave reassurance to the fearful mother: “Well, so long as God is awake, I am not afraid.”

No wonder Jesus said, “Except ye become as little children, ye shall not enter into the kingdom of heaven.” How often we allow fear—of darkness, of failure, of suffering, of death—to rob us of our sleep and of our joy in life! God’s light never goes out; He is ever awake to our needs. Give it to Jesus and shine our light with the confidence in knowing God is in control. Let us direct our hearts to him and trust him wherever he leads.