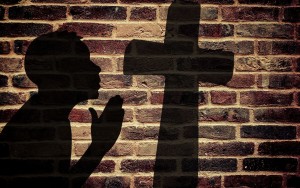 A physician once said , ” the most common and most subtle of all human diseases is fear.” Franklin D. Roosevelt said, “The only thing we have to fear is fear itself.” Why is fear to be feared you may ask because fear brings destruction and unrest to our lives.

I remember when I was a child I had a fear of snakes. I absolutely hated snakes, and anything that resembled a snake would have me running for the hills or comfort of my room. One day my parents went to the store and left my sister to watch me while I played basketball outside. For some odd reason fear played tricks on my mind this day, because the grass looked like snake eyes looking up at me. I didn’t want to go inside because my sister would make fun of me, so I decided to grab the shovel and take care of those pesky snakes. To my parents surprise, they came home to a yard filled with holes because I had attempted to kill snakes that weren’t even there.

Fear causes us to do silly things from destroying a yard, to hiding under the covers, to not living life to the fullness that God intended for it to be. When I think about overcoming the fear in my life, the first scripture I turned to was 2 Timothy 1:7, which tells us that ” God does not give us a spirit of fearfulness but one of power, love, and sound judgement.”

Think about that for a second, the spirit of fear doesn’t come from the Lord. Now to fully understand this, we must take this in the context it was written. The word fear used in 2 Timothy 1:7 is the Greek word “Deilia” which means moral cowardliness and timidness which is never used in a good sense. This is describing an inward fear and an example of this is used in Matthew 8:23-26 when speaking of the fear that arose in the disciples on the Sea of Galilee. This inward fear, is the fear of circumstances, the fear of the unknown,and the fear of others. This type of fear does not come from the Lord and this is the kind of fear that brings destruction and unrest to our lives.

This fear is obviously contrast to the fear that is used in Proverbs because the Holy Word does not contradict itself. In Proverbs 1:7 it says ” “The fear of the LORD is the beginning of knowledge; fools despise wisdom and instruction.” The word fear used in this context comes from the Greek word “Phobos” meaning respect and reverent fear of God. This type of fear, is a respect towards God that directs us to live our lives according to his Guidance.

Back to ” Delilia” the fear that we want to overcome. Don’t get me wrong, fear is a normal human emotion that we all have and in some cases protects us. But what I believe scripture is telling us is to be careful not to allow normal fear to turn into destroyers of our peace of mind. When our fear prevents us from moving, from walking, from doing what we are called to do, it truly consumes our lives. It is perfectly normal to fear a bear, but if that fear of the bear prevents you from ever going to a zoo then that fear has has caused you to become a shell of who you were called to be.

In many ways the body of Christ and the church can be crippled by such fears. We can easily become a Haunted House rather than lively sanctuary for believer’s to gather. Be encouraged brothers and sisters, that we serve a God who provides us with a spirit of power, love, and sound judgement to overcome the negative fears that were described in the Greek word “Deilia.” Ask the Father to remove those fears from your life, to empower you to walk with him, and rebuke the enemies lies. Remember that God sent his son to save the world from darkness so that we don’t have to be bonded by fear, worries, or anxieties.

I’ll close with one more story. A mother and her four-year-old daughter were preparing to retire for the night. The child was afraid of the dark, and the mother, on this occasion alone with the child, felt fearful also. When the light was out, the child caught a glimpse of the moon outside the window. “Mother,” she asked, “is the moon God’s light?” “Yes,” said the mother. The next question was, “Will God put out His light and go to sleep?” The mother replied, “No, my child, God never goes to sleep.” Then out of the simplicity of a child’s faith, she said that which gave reassurance to the fearful mother, “Well, as long as God is awake, there is no sense both of us staying awake.”

Have the faith of a child, and lean not on your understanding but the Fathers. God is bigger than all of your fears, let him be the source for you to overcome them.

For anyone who is in a season where fear is bringing unrest to you, I encourage you to join us in our series Haunted House as we lean on scriptures to guide and direct us in those seasons. Don’t allow fear to control your life, seek the Father for peace and he will bring you rest.