The Little Boy who built a Sailboat 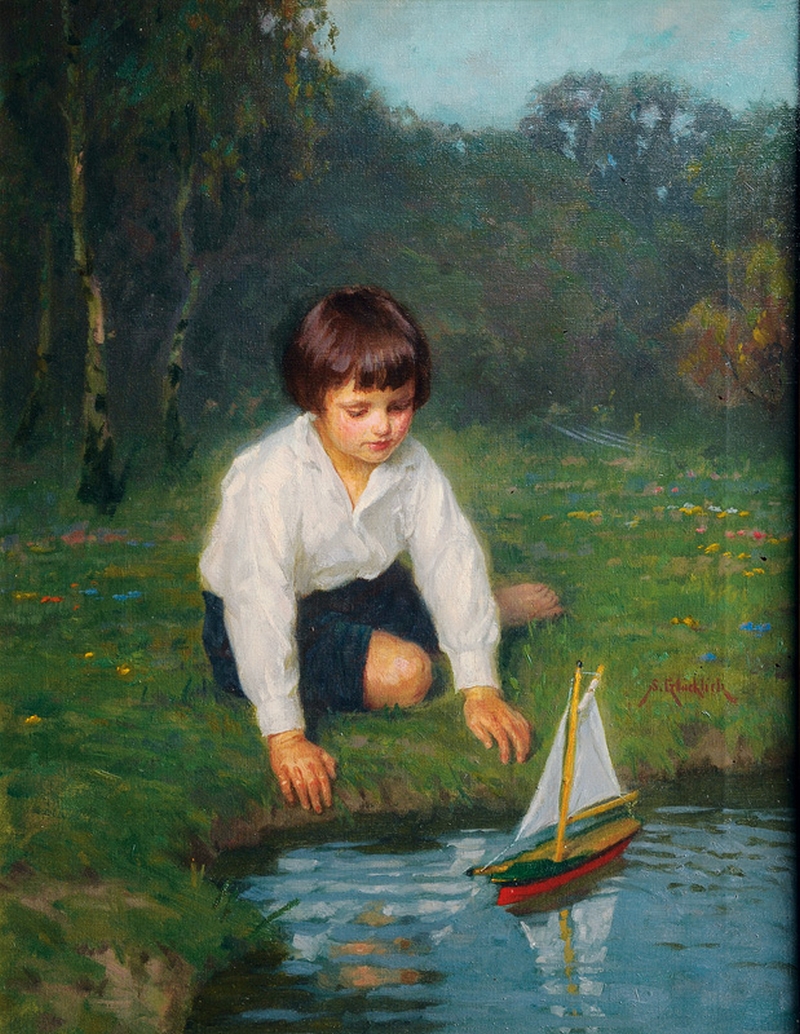 A favorite story of mine is the little boy who built a sailboat. He built the sail and had it all fixed up, tarred and painted. He took it to the lake and pushed it in hoping it would sail. Sure enough a wisp of breeze filled the little sail and it billowed and went rippling along the waves. Suddenly before the little boy knew it, the boat was out of his reach, even though he waded in fast and tried to grab it. As he watched it float away, he hoped maybe the breeze would shift and it would come sailing back to him. Instead he watched it go farther and farther until it was gone. When he went home crying, his mother asked, “What’s wrong, didn’t it work?” And he said, “It worked too well.”

Some time later, the little boy was downtown and walked past a second hand store. There in the window he saw the boat. It was unmistakably his, so he went in and said to the proprietor, “That’s my boat.” He walked to the window, picked it up and started to leave with it. The owner of the shop said, “Wait a minute, Sonny. That’s my boat. I bought it from someone.” The boy said, “No, it’s my boat. I made it. See.” And he showed him the little scratches and the marks where he hammered and filed. The man said, “I’m sorry, Sonny. If you want it, you have to buy it.” The poor little guy didn’t have any money, but he worked hard and saved his pennies. Finally, one day he had enough money. He went in and bought the little boat. As he left the store holding the boat close to him, he was heard saying, “You’re my boat. You’re twice my boat. First you’re my boat cause I made you and second you’re my boat cause I bought you!”

Any time you feel unworthy, or as if you are not good enough, remember whose you are and what he spent on the cross for your redemption. It is easy to get caught up in all that is going on and forget to live each day with that wonderful truth engrained in who you are and who you belong to. You belong to Jesus!!