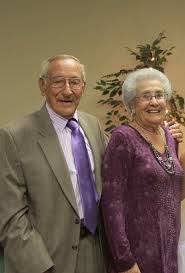 I believe this is the first time I’ve been at a loss of words in my entire life. Not because I don’t have a million things to say about Willetta, but because I’m not sure there are any words that would give justice to how special and wonderful Willetta was to me and anyone who had the privilege to know her.  I miss her! I’m going to continue to miss her warm smile and big hugs on Sunday morning, her gentle handshakes and kind words, her whispering that she had Orange Pop in the kitchen hidden for me on Wednesday Night,  her gentle spirit and loving nature, and I’m going to miss her always being there to talk to. But as I celebrate her first birthday in paradise today, I can’t help but see how I’m so thankful that I get to miss her. Missing her on this Earth is a reminder of how special she was and how lucky I was to know her, and those memories are now treasures that serve as a reminder that If there was ever a person who was an angel on Earth, Her name was Willetta Holmes.

As I think about Willetta there is only one word that comes to mind that adequately describes who she was and that word is Love.  John said in 1 John 4:16 that “God is love. Whoever lives in love lives in God, and God in them?” That scripture basically means love for one another is the ultimate display of God in someone. And Church If anyone ever lived in love, it was WIlletta and by doing so the love of Jesus Christ beamed out of her everywhere she went. She loved so deeply that her smile made friends and strangers feel like family, she encouraged others and lifted them up, and she never had a bad thing to say about anyone. As Herman said it, “She was the Real Deal. She was Genuine and Kind.”

I remember when I first came to the church, my wife and I were still dating at the time and within months we would get engaged and then married. However, my wife wasn’t used to being the preachers’ wife and after our first visit she felt like people were looking at her and was very self-conscious about what people thought of her. But then Herman and Willetta did what only they could do. They made us feel like family, they loved us and made VeLora feel at home.   My wife sat with them the first couple years as we became acclimated into the church. They made us feel special, and Willetta’s hugs and Herman’s jokes made their ways into our hearts. Herman and WIlletta made such an impact on us, that when we got married in May of 2015, we wanted them to be a part of our wedding, so WIlletta was a greeter in her Lavender Dress and Herman played the Piano at our reception with his lavender tie. They became our church grandpa and Grandma.

The amazing thing is, they did this with everyone. They made you feel so welcome and accepted for who you were and everyone looked forward to seeing her face. She had a way of brightening up the darkest of days.

Herman told me that several years ago, when John Wesley was pastor at our Church, that he had a meeting with some elders and deacons in the church and asked each of them what person impacted your life the most and Herman said his answer then and still today was WIlletta. And the thing is that would be many of our answers as well. She brought the best out of people. She used her trials in her life to help others that faced similar trials, she used her voice to lift people up, she used her faith to encourage those who were going through  storms in their life and she used her heart to love in a way that nobody else could.

On Tuesday, July 28th when the Lord called my dear friend, I made my way over to Herman and WIlleta’s and I sat with Herman in his living room for an hour or so and talked and reminisced and cried. One of the first things he told me was “How Lucky am I,” Next month would have been 70 years together, I got to be with her and hold her for 70 years and I got to hold her in my arms one last time. Not too many people get to say that, How Lucky Am I?” I’ll be honest, I was too heartbroken to know what to say in that moment but now that I have had time to collect myself, I think it’s important to celebrate what Herman proclaimed.

The Love Herman and Willetta shared in the life they made the past 70 years is the most beautiful thing this life can offer between a man and a woman. God has truly blessed Herman and Willetta, and all who have seen the way they loved each other. I believe in my heart that the kind of love can only be seen in those who have the love of Jesus Christ in them.

It is because of that love you all shared and the love Willetta shared for those she came to know that we can  celebrate today, tomorrow, and forever her gain in what Paul wrote in Romans 8:39

For I am convinced that neither death, nor life, nor angels, nor rulers, nor things present, nor things to come, nor powers, nor height, nor depth, nor anything else in all creation, will be able to separate us from the love of God in Christ Jesus our Lord.

It is because of Love that we remember and celebrate Willetta, it is because of love, we grieve our loss and it is because of love we have hope that we will one day be reunited in Heaven through Jesus Christ our Lord and Savior. I pray that each of you know of the love of Jesus Christ. For those of you who do, find peace in his word and the promises it has for followers of Christ like Willetta and for those of you who do not, if you are wondering what that kind of love looks like, you don’t have to look any further then Mrs. Willetta, our Angel on Earth.